Blog - Latest News
You are here: Home News Riding along the potential growth of the Visayas property market

The Visayas property market is brimming with potential for future growth. With business hubs already built in key provinces, a growing residential market and its potential to tap the tourism sector with its natural attractions, the region has the right ingredients for it to ride along the recovery of the economy.

Data from the PSA showed that the Visayas region’s economy rebounded in 2021 as its gross regional domestic product increased 5.7 percent in 2021 to P2.5 trillion from P2.395 trillion in the year before.

The major island group is set for even more growth in the future with upcoming and newly-opened infrastructure projects.

One of the recently opened infrastructure projects is the 8.9 kilometer Cebu-Cordova Link Expressway (CCLEX), a modern expressway which connects mainland Cebu to Cordova town in Mactan Island.

Upon completion, it reduces travel time from Cebu City to Mactan–Cebu International Airport by approximately 40 minutes

Other big-ticket transport infrastructure developments in the region currently in the pipeline are the Cebu Bus Rapid Transit System and the Metro Cebu Expressway.

As these Visayan provinces see the completion of more infrastructure projects, property values in the region are likely to rise due to the increased accessibility in the area.

Major developers expand to the Visayas

Seeing the potential of key Visayan provinces for growth, the country’s top property developers have already expanded their footprint to the region, giving opportunities for end-users as well as property investors to take advantage of the expected economic growth of the region.

One of these developers is Rockwell Land, who ventured into the Visayas region with projects in Cebu and Bacolod as it aims to expand its reach across the country and create properties that elevate one’s everyday living experience. 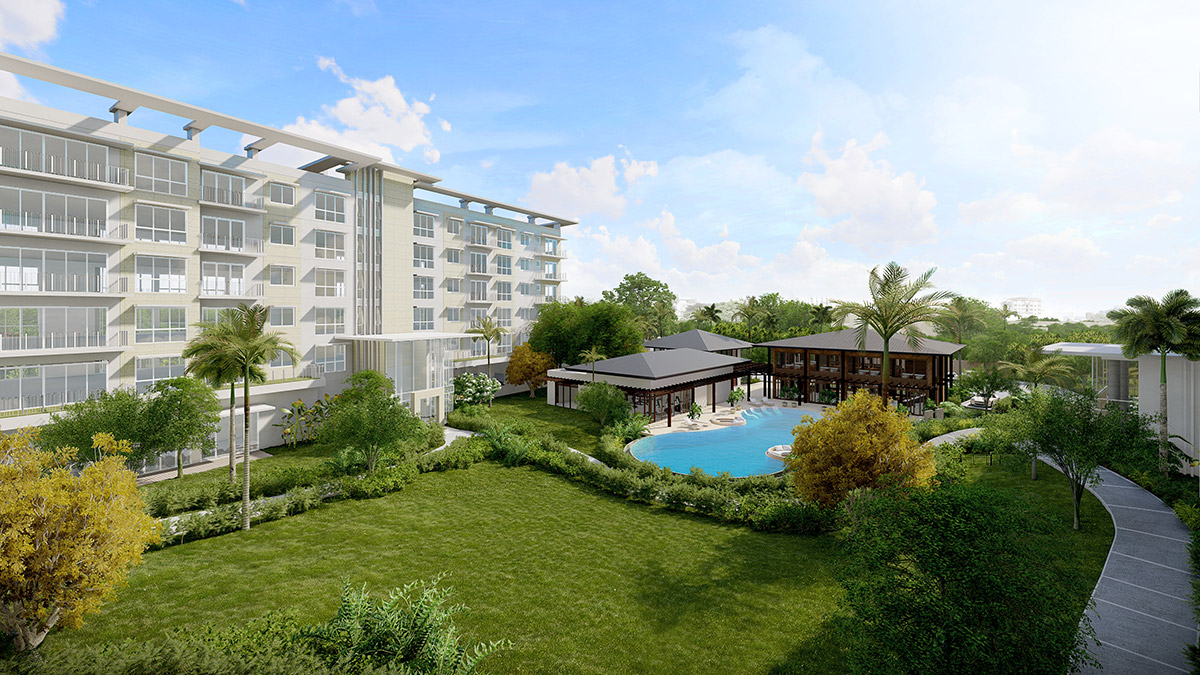 The company made its foray into the Visayas market with 32 Sanson, an intimate garden community nestled in Lahug, Cebu City, which is near prominent neighborhoods and business centers.

Since it was first launched in 2013, the property has grown to house five mid-rise residential buildings: Buri, Raffia, Gmelina, Solihiya, and soon Sillion. It features lifestyle amenities such as a clubhouse, swimming pools, well-ventilated gym, and jogging path complementing the scenic atmosphere of lush greenery that abounds within the community.

Given its strategic location, residents of 32 Sanson are offered the convenience of city-living as well as the tranquility of residing in the peaceful suburbs.

Banking on the tropical lifestyle

Hailed as one of Asia’s best island destinations, Mactan in Cebu has always been known for its beautiful beaches and has made it a popular for both domestic and international tourists. The island is likewise a growing economic hub, with rising business centers and developing infrastructures that make it easier to access.

Rockwell offers an exclusive opportunity to own a home in this urban paradise with Aruga Resort and Residences — Mactan, its first residential resort development. The project sets itself apart in this popular sailing and snorkelling site with an expansive 270-meter stretch of white beach exclusive to the property.

Apart from a range of one- to four-bedroom units, a limited number of private enclaves belong to The Villas at Aruga, which offer two-bedroom and three-bedroom villas. Each villa has its own pool deck and is justa few steps away from the beachfront, where one can relax and unwind in their luxurious tropical abode.

Creating quality communities in the City of Smiles

Rockwell Land has further expanded its presence in the Visayas with its foray into Bacolod City through Nara Residences, a sprawling community with mid-rise condominium units and residential lots. 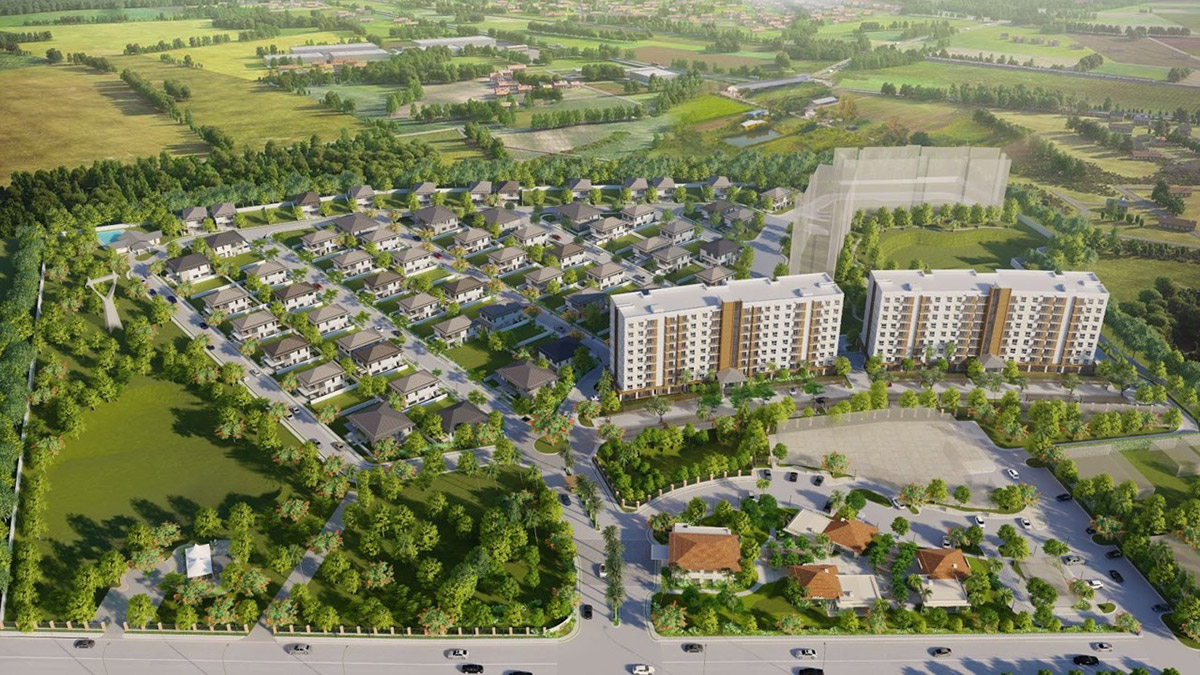 The high-end condominium development located along GM Cordova Avenue features a diverse set of unit cuts and a selection of lifestyle amenities like a clubhouse, swimming pool, fitness gym, multi-purpose court, and function room, and is set to be complemented by retail areas.

The community also presents the only pre-selling high-end lots with a Bacolod City address through Nara lots, which offers cuts ranging from 250 square meters to as big as 400 square meters that maintain the terrain’s natural smooth gradual slopes. Here one is offered  privacy and exclusivity with only a limited number of premium lots within the development.

Bacolod’s property market has been growing in recent years, with more residential and office developments rising, as a result of the increased economic activity in the city. It is among the most progressive cities in the Visayan region, attracting various businesses to locate in the area, especially those in the business process outsourcing (BPO) sector. The city was even named among the centers of excellence of the Information Technology and Business Process Association of the Philippines (IBPAP).

Rockwell is expected to fuel even more growth in the city as it brings in its signature commercial center with the Rockwell Center Bacolod. 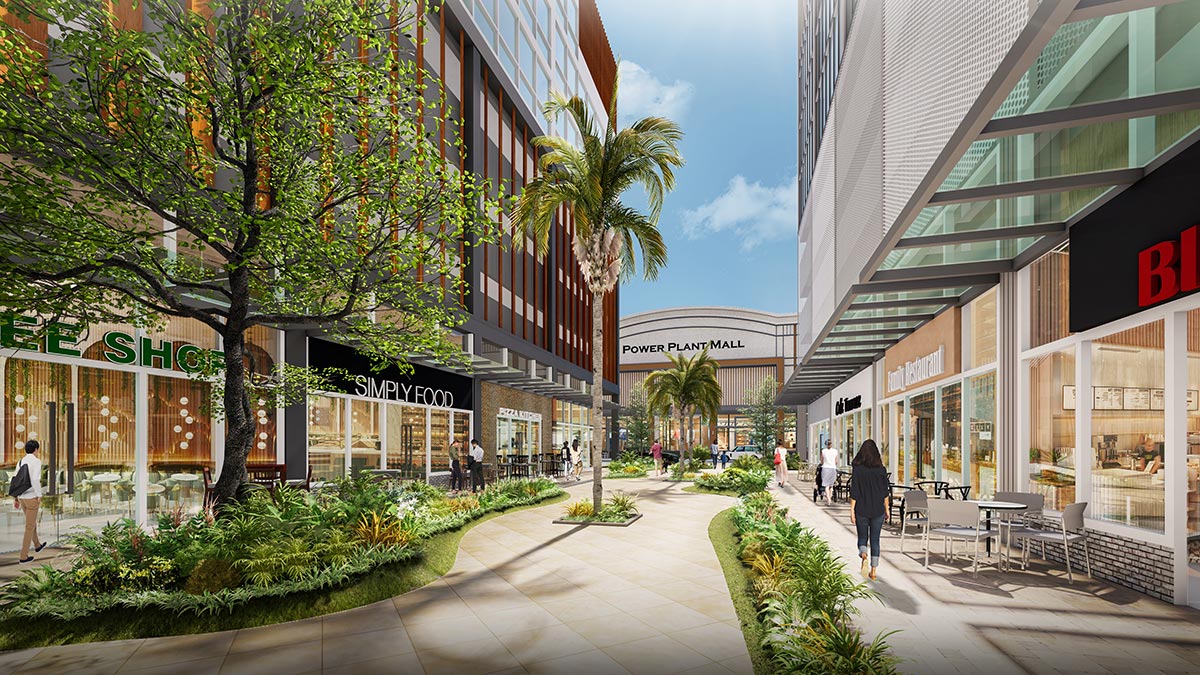 The 30-hectare Rockwell Center Bacolod is double the size of Rockwell Center Makati and is set to be replete with residential, commercial, office, retail, and leisure components, which will epitomize the brand’s signature offerings and create a well-balanced lifestyle within its safe community.

Aligned with the strategic location offered by Rockwell Land developments, the Rockwell Center Bacolod, located along Circumferential Road, is accessible to major thoroughfares such as Lacson Street and Circumferential Road as well vital infrastructure projects like the Bacolod-Silay International Airport and the Bacolod Port. The commercial center is also in proximity to necessary establishments such as the Bacolod Government Center, hospitals, schools and even a number of major retail establishments.

Through Rockwell Center Bacolod, the brand is not just growing its presence in the region but also creating more opportunities for investors and job seekers through the next mixed-use business district in Western Visayas. The commercial center is looking to usher in more economic activity in the city and increase property values in the area, which bode well for investors and businesses.

To commence this flagship project, Rockwell Center Bacolod is offering 21 premium commercial lots ranging from 1500 to 2000 square meters at the Rockwell Business Park.

Only a limited number of lots are available, and each one is lined by seven-meter wide linear parks that likewise create interactive open spaces within the community. Opportunities to reside within the mixed-used development will also soon arise.

With its distinct quality and strategically located offerings in the Visayas region, it is expected that Rockwell Land’s projects in the Visayas will grow along with the development of the region.

Want to join the discussion?
Feel free to contribute!